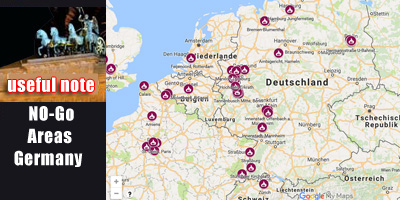 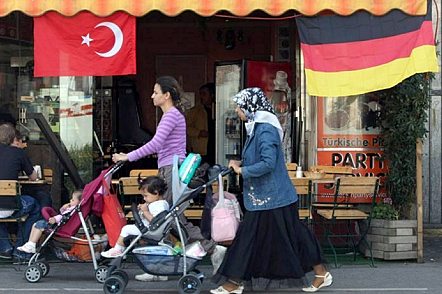 This information would be useful to put your previous posts in context. Posted 27 May Now that is really funny: Cathi argues with newspaper articles which say that in Friedrichshain happens more neonazi violence than in Prenzlauer Berg not to mention only Schönhauser Allee area.

Please, cathi, this is in fact something I don't understand. Are you right and the newspaper article is wrong or the other way round?

The same can be said about SH allee and P'berg. That being said - I have been there after dark wandering around with other people and felt perfectly safe.

In otherwords, use your best judgement - if you get out somewhere and don't like it - don't go there by yourself, and don't be a target.

If you must go, it's the same as always - don't have your MP3 player blaring in your ears, pay attention to those around you, and walk like you own the world I'm going to have to bite my lip somewhat and try and remain rational although i'm getting sick of logging onto this forum to get the news on Berlin, only to find yet another thread on no-go areas, as TobyG mentioed already.

What i wanted to say was, would it be possible to ask for a modicum of objectiveness to be applied to replies on this topic - specifically, in relation to people who feel compelled to share their "experiences"?

Because there is waaay too much personal experinece going on, rather than people painting a true and fair view for want of a better expression of what living in Berlin is like.

If you come from a village in the Himalayas and you have been a goat herder all your life, then Berlin may certainly be a frightening place as any large city would.

Related: What are the most popular tours in Berlin? See all. Special Offer. A Mainzer Goes Places. Re: Berlin no go zones. Destination Expert for Berlin.

Ask a question. What would you call this area? Jul 30, Public toilets in Berlin Jul 27, Need answer urgent plz?

If Germany wants to continue immigration, it should examine how it treats outsiders. The police should protect immigrants like everyone else from violence -- even if it comes from other immigrants.

Allowing this to go on is the fault of Germany as well and it is cowardly. I guess Germany once again cannot be saved from itself. Of course this type of criminal behaviour is going to happen when democratic countries throw their doors open to people who have no democratic tradition.

The question is why do the democracies fall over themselves to accept more of these people? Why don't don't they enact laws to protect themselves -- i.

This looks like a lemming instinct of national suicide. The democracies are just plain weak. Too many leftists see the West as the embodiment of evil and hark after a utopia of total equality, frequent vacations, free benefits, and multi-cultural ecstasy.

This hardcore of aggressive immigrants is their vanguard of proletariat that will build their fantasy society.

Send them back where they came from. If you commit a serious crime such as assault or even threats on police it should be mandatory deportation.

I immigrated to Canada and that is the law until you have full citizenship. These people have a history of living this way and they don't belong among a civilized society.

You tried to be nice and polite for newcomers and this is what you get. There is nothing good that comes from multi-kulti immigration to EU, unless those cultures would have been a higher or at least at the similar level.

But it's never higher developed, it's always significantly worse. I can't believe that there are still so many liberals, leftists actually supporting this and trying to brainwash society in order to pretend like nothing is going on.

One day it will simply cross the line, people will be asking 'why? We must stop this nonsense multiculturalism, and demand loyalty to the host nation -- or leave or be deported -- and this fracturing of society will diminish.

It is up to the electorates to vote for politicians who will stop the multicultural takeover of their nations. They had plenty of warnings, from plenty of directions!

Now, they can wallow rot in what they, themselves, have allowed to happen! I don't approve of lawlessness, but it couldn't be happening to a more deserving country than Germany.

What goes around comes around. I will bet on this, alas. The disaster will be due largely to 1 mainly citizens' sheer non- and mis-information and non-awareness itself related to main-media censorship; and govt.

Ah, please argue that I am wrong. At least I know what to inform the children and their grandchildren about Breitbart had an article this week about a Syrian immigrant afraid to live in Germany because of the anti-immigrant violence.

The article also interviewed a Syrian immigrant who recently arrived in Malmo, Sweden. His neighborhood had four grenade attacks in five days.

Said it was worse than where he lived in Syria. Soeren Kern's reporting of No-Go Zones in Germany provides visibility into the future of Muslim integration in a neighborhood near you.

The Germans are committing cultural and political suicide. How can their politicians keep getting elected, while dooming Germany to death by political correctness?

I feel eventually, they will wake up and fight a war within their own borders for their own national preservation. Good luck to them, because the longer they wait, the more people will perish.

It may be an utter failure of "multiculturalism". But it happened because of a failure to institute forward thinking, i.

When you import cheap labor without the necessary investment in making the next generation an assimilated success, you are going to end up with an angry disrespectful underclass that cares nothing for "your" laws.

That investment is expensive, yet cheaper in the long run than crime wave. Keeping, or allowing them to live in virtual closed societies ghettos keeps them feeling separate from mainstream society; compounded with the current worldwide "success" of the "war on drugs" We know, and have known for more than a decade, that multiculturalism simply doesn't work.

Chancellor Merkel said, five years ago, it had "utterly failed". So why are we still accepting thousands of immigrants who have nothing but contempt for our society?

Why do we support them? Often much better than our own citizens? Why do we quietly accept Sharia Law, or no law at all, in ever growing areas of major cities throughout the West?

Apparently, attempts to discuss the issue are still "racist", or "Islamaphobic", or "far right extremism". And it's not just Europe. Other Western democracies are facing the same problems, albeit at lower rates.

I would contrast this powerful and disturbing report with some US history. After the large migration of African-Americans during the Great Depression out of the racist American South to the urban American North, which turned out to be almost as racist and White Supremacist as the South, a troubled African-American culture of poverty, drug use, and often black-on-black crime developed.

In contrast, the terrible problems of 'immigrant' crime in German cities, and French cities and elsewhere, are primarily caused not by poverty and racism, but by militantly intolerant Islam.

In the German cities described by Soeren Kern, Islamic immigrants are met by a recklessly generous welfare system that operates not to ease their assimilation but to fund their supremacist separatism.

In America today, there are some signs of a new enlightenment as the country considers White responsibility for the down-trodden state of African-Americans in some blighted inner city ghettos.

In dramatic contrast, native Europeans need to face a culture of crime -- "a parallel culture of criminality" -- that is caused not by a supremacist culture in themselves, but in the Islamic immigrants who were let in by leaders unaware of the inevitable threat to Europe's future those immigrants would represent.

It's an open question whether they will develop the insight and political will to defend themselves from this threat before they are overwhelmed. Indeed, because of the demographic rise of Islamic populations in Europe, it is ironically more likely that the ISIS threat will be defeated or at least contained than that the internal threat to European civilization will be overcome.

Besides the unfettered rise of Islamic populations, this is also due to the widespread recognition of the ISIS threat, while political blindness remains firmly in place regarding the threat in Europe.

The Grand Mufti was welcomed by the Germans and he advocated the final solution. Germany replaced its Jews with Muslims.

A great deal they got. Within years there will begin a civil war in Germany and other EU states. Or the EU will collapse under it own idiotic PC culture.

The balance will be restored, but over the bodies of many German natives. Unlike the Jews, who contributed to the German society, and got whacked for that, the Muslims are only dragging that society down, and are being hailed and paid with welfare funds.

It will become so bad that people from other countries will not be safe visiting there for business or pleasure. This may seem cruel; but if the West, including America, desires to remain free, Muslim immigrants who do not abide by the rules, policies, and laws of the nations they are living in should be deported at once.

The Jews were not the trouble makers of the world. Just think how peaceful Europe and most of the world would be by now. Well it may be Poetic Justice after all.

I wonder just what the Jews did to have upset the Germans so much to have carried out the final solution? I await patiently to see Germany drown in it's mess.

Or are they going to have another final solution? Dr David Salinger. Here they are clearly admitting that they -- and their masters -- refuse to enforce the laws of Germany.

Yet they are calling for a ban on demonstrations against these terrorists cells that they enable. What a shame.

Germany and all of Europe murdered and expelled its Jews and welcomed the Muslim Arabs. Germany should send those criminals back to their countries.

5 Replies to “Berlin No Go Areas”